The Cure for Music Writer's Block 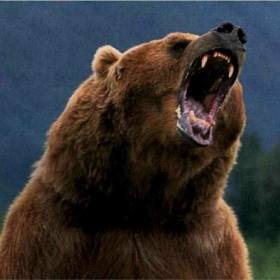 To all my fellow songwriters out there...

Have you ever sat down to write a song and never even gotten out of the gate before throwing your arms up in surrender?

Then I ran across a book called "The Frustrated Songwriter's Handbook" by Karl Coryat.

It’s got a lot of useful tips, but near the end there’s a tasty treat that is easily skipped if you’re not careful.

It describes a songwriting technique called Immersion Music Method (or IMM) ,and may just be the perfect antidote for mild to severe cases of the dreaded “writer’s block-itis”

There are many different flavors and variations but essentially the ultimate goal is simple:

Here’s what's not crazy about it.

To get through 20 songs in just hours you don’t get the luxury of judging yourself, wasting time tweaking something small, or listening to that nagging, self-critical voice inside that says...

“Yo (insert your name)... no one will listen to THAT” preferably in your best internal Sylvester Stallone voice.

(Bonus points if your name happens to be Adrian!)

How will you know for sure unless you try it for yourself?

If you've gotten this far read on to satisfy your curiosity.

1.  No pre-existing material allowed - these have to be NEW songs.

2.  Make sure you have enough experience with your home studio setup that you can perform all the required operations from: creating a new track -> recording and adding effects -> to exporting the finished project.

3.  Layout all the instruments / microphones / cables you plan to use and make sure everything is charged, tuned, and ready to go.

4.  Prepare snacks and meals ahead of time.

5.  Get ahold of some astronaut space diapers (just kidding… but seriously get some).

6.  Block off a 12 hour UNINTERRUPTED window of time.

7.  Fight through irresistible urge to quit or fall short of 20 song goal.

10.  Use 2 handed alternating chest thumping move to celebrate your victory (see alpha gorilla males for tips on getting the nuances of this technique down).

... but it just may be a luuunatic you're looking for

(With apologies to Billy Joel)  When I went through this exercise I made an agreement with a band mate that we would each try the IMM over the same 12 hour window.

Once we finished we exported the results to CDs - made a randomized 40 song playlist, grabbed some chilly beverages and listened to our newest future hits.

Now - clearly the resulting songs were rough, and many were incomplete, but I was shocked at how much of it DIDN’T suck.

Some were complete throwaways, some had some moments, and a few were actually pretty damn good.

But maybe most importantly is that not only can it be done, but it’s actually quite a lot of fun.

After about song 6 or so I started to run out of the same ideas I usually come up with and as a result was forced to come up with wacky new ideas… all in the name of keeping the song train moving.

So many times we hold ourselves back before we even get started.

Don’t quit 5 minutes before the miracle!